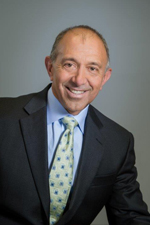 Education: Mark Saliba attended both public and independent schools in Dothan, Alabama. He graduated from the University of Alabama with a degree in General Management. After graduation in 1982, he returned to Dothan and began work with the family business, Alfred Saliba Corporation as a builder.

Awards/Activities: Saliba, became involved in the home building industries largest trade association, the National Association of Home Builders. He has been involved with the Dothan/Wiregrass Home Builders Association and a board member since 1988. In that local association, he was president in 1993 and 1994. He received the Builder of the Year Award for Dothan/Wiregrass HBA in 1993; the President's Choice Award in 1999 and 2009; the LC Hines Memorial Award in 1996; the Darrell Clark Award in 2006; the Priscilla Isler Award in 2007; and the Bill Mitchum Award in 2010. In 2011 he was inducted into the Dothan/Wiregrass HBA Hall of Fame. He became involved with the state Home Builders Association of Alabama in 1990, held various positions through the years, and was state president in 2006. He was voted Builder of the Year in Alabama in 1993 and received a state Presidential Award in 2010. In 2012, he was inducted into the Alabama Building Industry Hall of Fame.

Community Service: He served on the Hawk-Houston Boys Club Board in Dothan and received the Man-Boy Award in 1992. He is the Past Chairman of the Dothan Area Chamber of Commerce in 2012 to 2013, and the Chairman of Grow Dothan, the economic development arm of the Chamber, from 2014 to 2017. He is the Chairman of the Crimestoppers Program for the Houston-Henry County Area. He has recently begun serving on the newly established Dothan Police Foundation as a board member. He has served on the Houston Academy Board, a college preparatory school, and was chairman from 2007 to 2014. A strong supporter of public education, Alfred Saliba Corporation has been a part of the Adopt - A – School program, and the Bright Key Initiative sponsoring an Academic Dream Room at Girard Middle School. Mark has also been heavily involved in Career Technical Education as a Dothan Technology Advisory Board member with the City schools as well as with the County through efforts with the Chamber. He is also involved with the Reflections Development in Eufaula and has served on the Eufaula Chamber of Commerce Board. He is a trustee on the Alabama Home Builders Self Insurers Fund. Since 2012, Mark has served on the United Methodist Children's Home Board and is currently serving as Chairman. Mark participated in the Leadership Alabama program, Class of XXV, in 2014. Mark served as the overall campaign chair for the 2016 to 2017 Wiregrass United Way.

Personal: Saliba and his wife, Angie, live in Dothan with their 12-year-old son, Eli. Saliba has two older children, Ben Saliba, and Abby Saliba Rogers. Abby and Zach Rogers have two children, Layla and James. Ben is married to Katie Schneider Saliba. Mark and Angie attend First United Methodist Church where they both are part of the Logos Sunday School Class. Mark has taught both youth and adult classes for years. Both are now involved in youth as Eli continues to grow in his journey.