Dothan is one of the region's most progressive cities. The community offers a mild winter climate, affordable housing, low property taxes and a wide variety of products and services that includes health care, education, shopping, and cultural entertainment. Located a few short miles from the state lines of Florida and Georgia, the area embraces the best that life has to offer, providing its residents not only modern conveniences and amenities of much larger cities but also retains the charm and friendliness of the South. More than just a place to build a better life, Dothan has built-in advantages that also make it better for business: strategic location, easy access, strong work ethic, trained workforce, sound, and diversified economy, first-rate educational institutions and a pro-business tax structure. 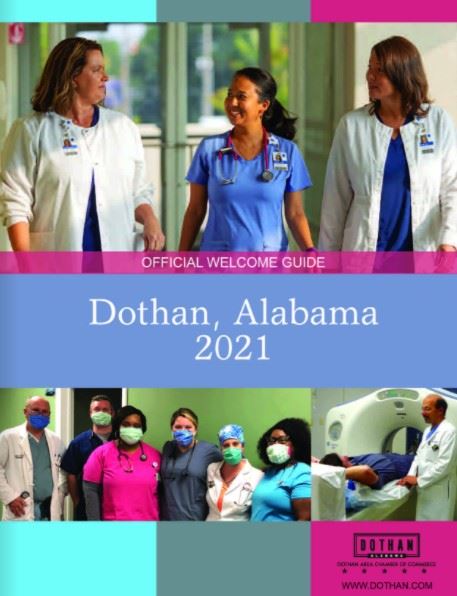 In the late 1700s and 1800s, horse and ox-drawn covered wagons from Charleston, Savannah, and Jacksonville, creaked and groaned across the south as pioneer families searched for a place to build new homes and to start a new life. Those pioneers who passed through the vast pine forests in the southeast corner of the territory that was to later become the state of Alabama would often stop at a spring known as Poplar Head, where they would camp for a while and rest. Most of those early travelers believed that the sandy soil which nurtured the thick pine forests would not be suitable for farming, so they moved on.

Poplar Head, named for the poplar trees that encircled the glade where the cool water or "head" (as springs were often called) welled from the earth, was where ancient Indian trails met, crossed, and then continued on. The glade where the spring was located was often used by Indians from the various tribes of the Creek Confederacy as a meeting place and as a campground. In the 1830s a fort existed on the Barber Plantation, 10 or 12 miles east of Poplar Head, where the settlers from the surrounding town and hamlets could go when they felt threatened by the Indians. By 1840 the Indian wars in Alabama were over and the fort soon disappeared.

By 1885, the hamlet had grown into a village. The new settlers realized that if the community's growth was to be sustained they needed a governing body and local law enforcement. On November 10, 1885, the people of Poplar Head voted to incorporate and took as the new town's name the name of Dothan.